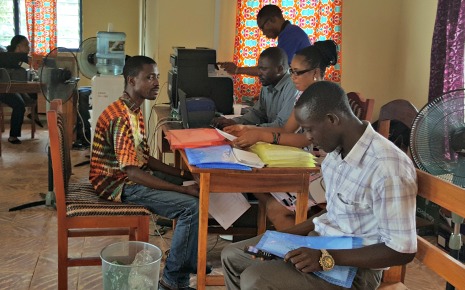 The deep connection between poverty and health is apparent every day in Sierra Leone, and came starkly to the forefront during the 2014-15 Ebola outbreak.  At that time, there were fewer than 500 doctors for a population of six million.  There were five ambulances, and 16 specialized obstetric care centers for the whole country. Life expectancy at birth was 45 years, and the per capita GDP was US$2,100.

Then Ebola hit. The outbreak in Sierra Leone, Guinea and Liberia swiftly claimed 11,310 lives, and sickened 28,616 people.  Nearly one-third of deaths and half of cases were in Sierra Leone.  More than one hundred physicians, and many more nurses and nurses aids died from the virus.  And there was another casualty: trust in a health care system that had just begun to register gains for the population.

Since then, the stricken countries have been rebuilding their economies, their health systems, and their people’s trust.  It is in this situation that health care providers and ordinary citizens are participating in a clinical trial of a promising new vaccine against Ebola.

We help to facilitate the vaccine trial through the use of MOTECH, which we developed as an open source mobile health platform.  As part of the EBODAC Consortium, we are using MOTECH to keep trial volunteers engaged and connected.

Mobile phone technology can enable widespread reach in rural, underserved settings. In the EBOVAC trial, participants receive customised clinic visit reminders and missed appointment messages in their local language.  Project monitoring has shown that upon answering their phones, recipients listen to almost 100 percent of messages in their entirety, showing MOTECH to be a valuable asset to a complex clinical trial.