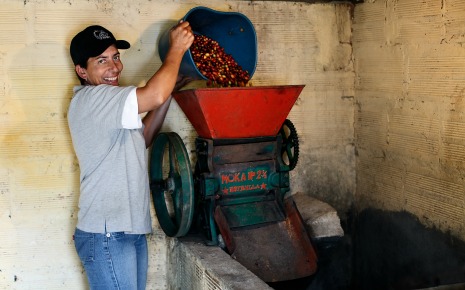 When Grameen Foundation began working in Colombia in 2011, the country was still recovering from decades of internal armed conflict and drug violence. Farmers were starting to return to their abandoned homes, and agriculture had emerged as a potential driver of change.

But more than one-in-four Colombians were poor, and most lived in rural areas and remained outside the formal financial system. Today, 12 million rural people depend on agriculture for their livelihoods, and more than half of these are food insecure.

A key part of our work to help transform and develop rural communities in Colombia has been in areas that were hard hit by the conflict. Our work has focused on building the resilience of Colombia’s smallholder farmers, and helping them to join both the formal financial system and agricultural markets.